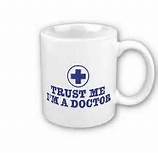 In his “Divine Comedy”, Dante struggles through the Nine Circles of Hell before passing through Purgatorio to reach Paridiso. I’m not sure how many circles I’ve made it through but I did finally get a taste of paradise. Dr. Cudworth was off to a five day surgical conference in Europe and could only take one resident with him. It wasn’t me.

Some might have cursed being overlooked for an all expense paid trip to Germany. Stately hotel rooms. Exquisite dining at Michelin rated restaurants. Leisurely cruises down the Rhine. Instead, I could look forward to sleeping in the on-call room, eating stale hospital food, and running from the OR to the ER. It was going to be fantastic. For ten wonderful days I would no longer be the albatross hanging around Dr. Cudworth’s neck. I’d be someone else’s responsibility. Yakov’s.

On the first day, Yakov pulled me aside after morning rounds. “Come, we have coffee.” We sauntered down the hallway and I started to turn toward the staff cafeteria. The coffee there was usually abysmal but it was cheap. Yakov grabbed my arm and directed me instead to the front of the hospital. I cringed. This could only mean one thing. Starbucks.

Don’t get me wrong. Like all surgical residents I lust after Starbucks coffee the way Romeo pined for Juliet or Tristan kinda liked Isolde. The problem is one Grande Bold and my coffee budget for the week is shot. I shuffled after Yakov and sheepishly ordered a Short. He shook his head with intense vigour. “No, the big one,” he said, pointing at a Venti container, “And two those.” A pair of blueberry scones were added to the tray.

“But—” I pulled a five dollar bill from my pocket. It was all I had.

“You mean your treat?”

“Whatever. Sit. Eat.” He smiled and poked me in the ribs. “My babushka would say you are too skinny.”

The scone was superb and jolt of caffeine was just what my brain needed. I took a large gulp and leaned forward. “I still don’t get it. Why are you being so nice to me?”

Yakov’s smile broadened. “I watch you. You smart and you care. You make good doctor. Not just here.” He leaned forward to tap me on the forehead. “But here too.” He pointed at my chest. He popped the last piece of scone into his mouth and rose from his chair. “Now come. Bring coffee and we solve your other problem.”

I scurried after him. “What do you mean? What problem?”

“You like other residents. No money. That mean bad coffee and not enough food. We try fix that.”

Circumcision is an orphaned procedure. It’s not covered by government insurance or by most of the private plans. The Pediatricians won’t do it and most family docs don’t want to. That leaves the Urologists. Their waiting list is about six months long and they charge the parents over $300. That leaves a gap in its availability to those who want it. Nature may abhor a vacuum but Yakov saw it as an opportunity.

Administration knew what was going on and while they did not openly approve it, they weren’t prepared to condemn it either. There were still enough parents wanting it done for religious or personal reasons and Admin decided to turn a blind eye and let things go on as they had for a few thousand years. Yakov had worked out the deal. He’d use an empty procedure room with the help of an off duty nurse. The hospital would not bill the parents and Yakov and the nurse would divide the hundred dollars he would charge. Everyone was happy.

Maybe too happy. Yakov was getting too busy to handle all the requests he was getting. His plan was to teach me to do circumcisions and off load some of his cases to me. He would keep the parents happy and I would earn some money.

We entered the treatment room where everything was waiting. Including Yakov’s ancient CD player. I had long known that Yakov always had to have background music when he operated. Even so I had to close my eyes and groan when he hit the play button. Keith Hampshire’s ‘The First Cut is the Deepest’.  “You’re kidding, right?” I asked Yakov.

He smirked and sang along, “Baby, I know.”

Everything else went well. The infant made it through with minimal fuss and much less pain than I’d expected. In a few minutes he was bundled up and being carried out into the waiting arms of his parents. The grateful father smiled and pressed a handful of twenties on to Yakov. The senior resident looked at the bills and shook his head. Something was wrong. The father had given him too many twenties; six instead of five.

Yakov’s grin stretched even wider as he peeled off one of the bills and handed it back to the man. “Thanks,” he said, “But I never keep tip.”

This entry was posted in Fiction, Writing. Bookmark the permalink.